A Sea Inland: 360 is a 360-degree performance video by Oupa Sibeko and Nicola Pilkington, exploring oneâ€™s relationship to the sea. This performance is part of a series of investigations by Sibeko into the prevalent phenomenon of bottled sea-water in the non-coastal cities in South Africa, for healing and spiritual purposes.Â

The performance offers a counterpoint to the conventional modes of investigation, by putting forward embodied and oral histories as a means by which one can start to artistically explore and practise rituals associated with the sea. Namely, the indigenous knowledge passed down to Sibeko by his late Grandmother, in line with Babalwa Magoqwanaâ€™s conception of grandmothers as â€œinstitution(s) of knowledge that transferâ€¦not only â€˜historyâ€™ through folktales (intsomi) but also â€˜bodiesâ€™ of indigenous knowledge that storeâ€¦transferâ€¦and disseminateâ€¦knowledge and valuesâ€.Â

This digital performance has been manifested in response to the ICAâ€™s call to translate an existing artwork into an online rendering, and has done so through the 360-degree video form. A Sea Inland: 360 adds to the interdisciplinary collaborations between Sibeko and Pilkington, and strives to translate Sibekoâ€™s playful and ritualistic performative artworks into an immersive filmic medium.

â€˜A Sea Inland: 360â€™ is based on an ongoing series of explorations by Oupa Sibeko. Inquiries and engagements with the wealth of embodied knowledge surrounding shared cultural practices of bringing bottled seawater inland for health, spiritual and other reasons. ‘A Sea Inland’ was created in 2019 during a residency as part of the David Koloane Award at the Bag Factory Artist Studios, and later exhibited at the Spier Light Art Festival. As an extension of this research, Sibeko performed ‘Black is Blue’ at the Point of Order, using ideas and methodologies of play and performance as ways to reflect on â€œimprovisationâ€, â€œmake-believeâ€, and â€œstagingâ€ as modes of survival, and collaborative, embodied and reflexive ways in which people have historically recreated cultures. â€˜Black is Blueâ€™ was the culmination of Sibekoâ€™s research during the Oceanic Humanities for the Global South MA fellowship project. Most recently, Sibeko performed â€˜Meermanâ€™ (Merman) presented as part of the Africa South Biennale in partnership with Art Africa magazine earlier this year. 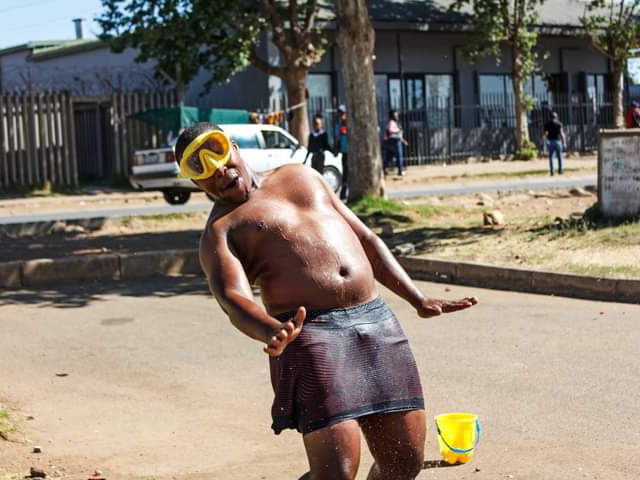 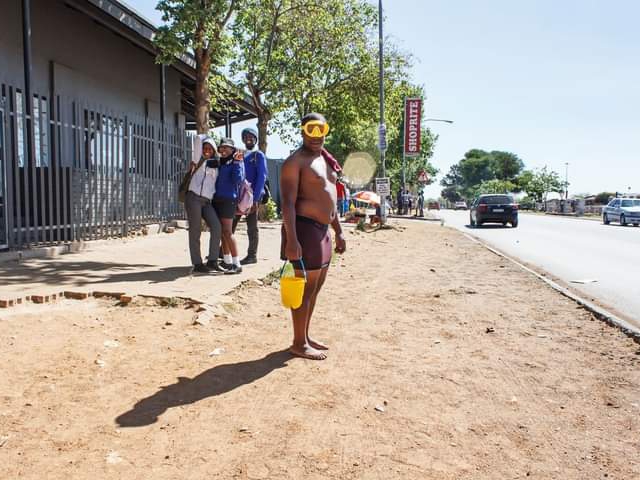 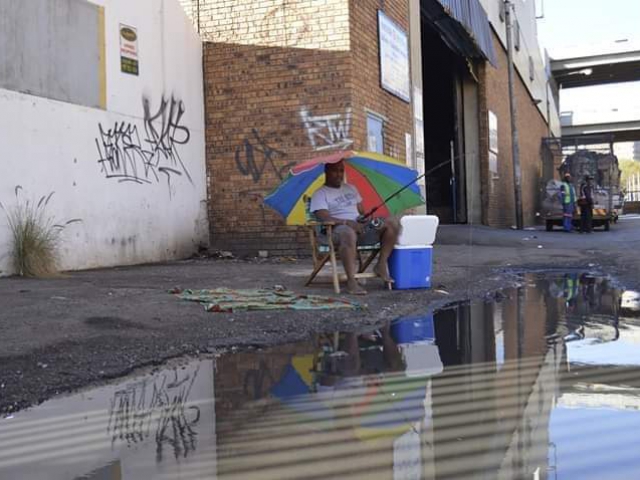 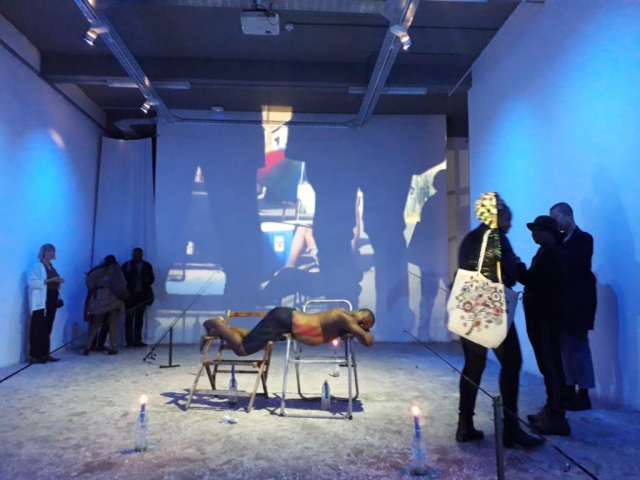 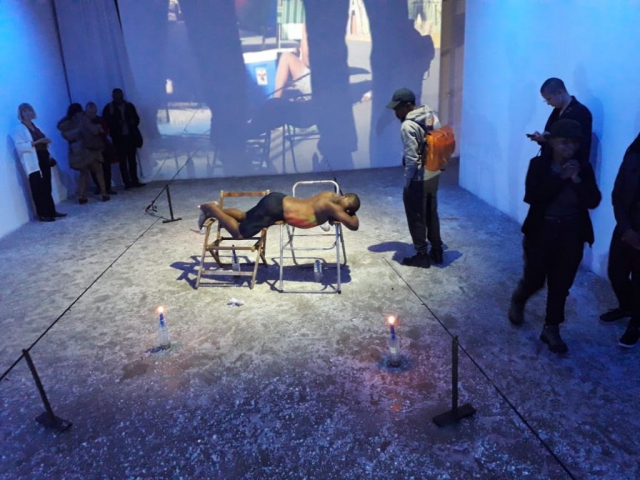 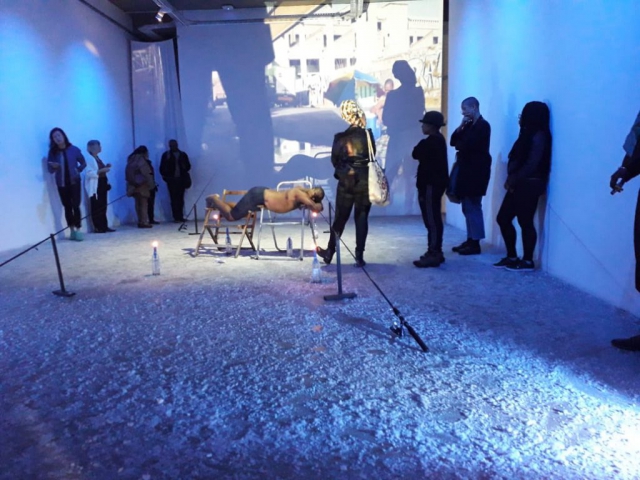 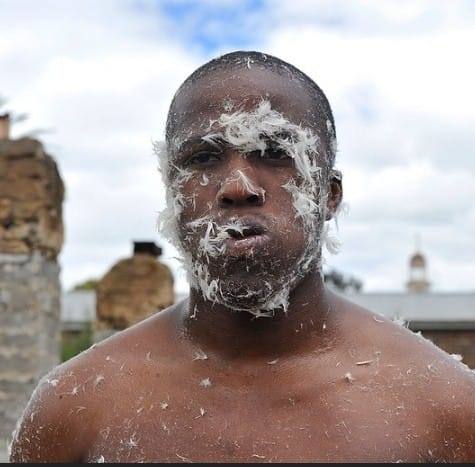 OUPA SIBEKO is an interdisciplinary performance artist, scholar and educator whose work deals with matters and politics of the body as a site of contested knowledge. Sibekoâ€™s most recent works explore the ocean as a site of trauma, longing and resistance in â€˜A Sea Inlandâ€™ and â€˜Black is Blueâ€™. Both performances are a meditation on ritual, play, using improvisation and make-believe as modes of survival, and the embodied, reflexive and collaborative ways in which people have historically recreated cultures. 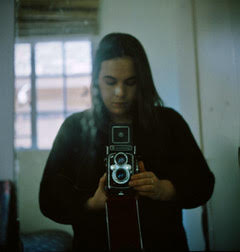 NICOLA PILKINGTON is a theatre-maker, filmmaker and educator with an interest in conscious collaborations.

Nicolaâ€™s current vocation is to forge ways to hybridize her skill for storytelling on stage and screen simultaneously. This has manifested in projects like â€˜Babylon Beyond Bordersâ€™, a simultaneous live performance over four stages around the world using telematic and projection technology; a series of performance lectures with Mwenya Kabwe exploring the possibilities of performing African Futurism; and â€˜my many mouthsâ€™, a collaborative, immersive, multidisciplinary work by four women artists, resulting in a VR experiment combining physical performance, textural installation, theatrical costume, digital art, 360-degree filmmaking and sound.

Sibeko and Pilkington met while studying at Wits University in 2011, and have collaborated on several interdisciplinary projects; most notably ‘Rebirth of IQHAWEâ€™. Their collaborations prove that sometimes water is indeed thicker than blood.