This meeting runs for 16 minutes and ends with a riddle

This is a story of feminist moments and queer futures in a Zoom world. You may mute and unmute the sounds and images.

An old name was taken off a building, in secret, in the Spring of 2019. Here is the only footage, of Jameson falling.

At that de-lettering, Uyinene Mrwetyana was found and mourned through protest. The building is now called Sarah Baartman Hall. Her bones were brought home from French and British and Dutch possession in 2002. What mountains did her body see?

An ant crawled and lived once, in the grass of a corona lockdown, surely it is and calls for witness too?

And somewhere in time, before and beyond and with us, Two Boy Ogres and a River Bird meet.

I hope you hear the whole story. 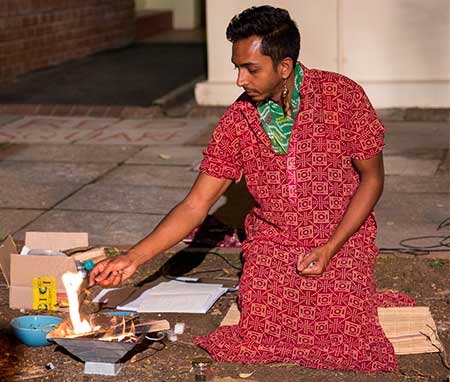 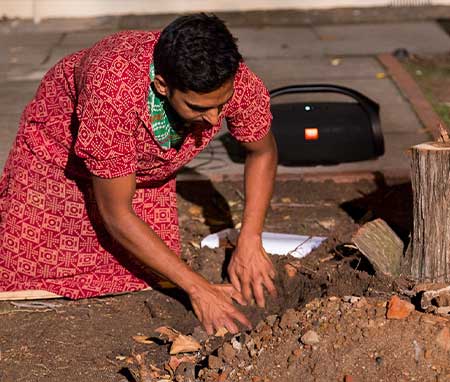 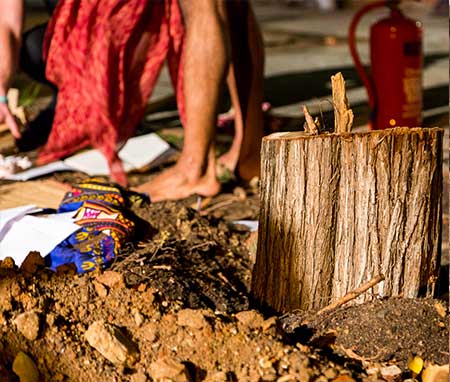 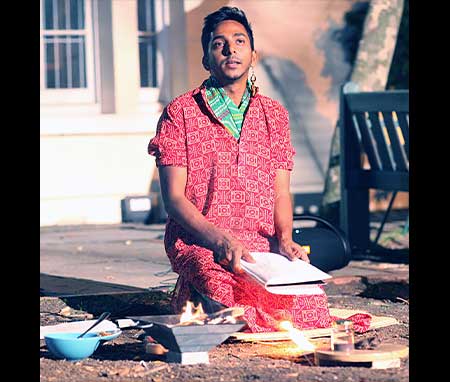 This meeting has ended, the Future awaits.

On the 31st of August and 1st of September 2019, the University of Cape Town removed the letters of JAMESON MEMORIAL HALL from the newly coined Sarah Baartman Hall. They did this in secret, in private, when most students where away from campus during the spring week vacation. They did this actively excluding the public from participating in this historic moment, when the world could bear witness to the fall of Jameson - a direct result of the Rhodes Must Fall movement. They did this despite my and others’ efforts to ensure that they include the many publics in the region - the university community - in a moment that is about their own histories and futures. The publics have a right to participate in their own History. There were no official cameras or ceremonies to document this moment, or even record for the archive - the unarchived don’t get to be burned up when a relentlessly fought-over mountain with its ancient fires merely breathes. It was a secret privilege afforded to the reigning patriarch’s prince - Jameson of Rhodesian of Imperial commands - that he be allowed to crumble in private, that his broken letters and dismantled body not be witnessed by the victorious who have earned this right, when he is to be removed, when he ought to bear the responsibility of accepting humiliation, to see their legacy fall.

In the days preceding this de-lettering of Sarah Baartman - officiated only in the university’s rolled-out discourse, but with no ceremonies to heal her memories, to deexhibition-ize and demuseum-ize her history - Uyinene Mrwetyana was desperately missing. On the 2nd of September, the Monday when students returned for their final term, the news that she was murdered had cut the morning and day, and would cut the weeks that followed - the original sin had repeated itself in the contemporary, she was raped before she was murdered. She was not the only one. She was not the only one. It cut the students and communities such that these days saw the greatest gatherings on the plaza steps since the Fallist seas of people who stood and protested for Rhodes and Fees to Fall, in all their many meanings. The week saw a pop-up Assembly where Gender-Based Violence embodied trauma, protest, podiums, marches, and one of the biggest protest-gatherings at the Cape Town Parliament.

But these moments of the de-lettering of Sarah Baartman’s memory, spirit and symbolic body and the total and rippling destruction upon Uyinene Mrwetyana, were not connected publicly, and the people were disallowed to fully grieve, to connect the hundreds of years that thread the social reproduction of rape and murder upon women, queers, childs, and other targeted peoples. The scratchy ugly defiled absence where JAMESON MEMORIAL HALL could still be read - was made to be rapidly covered up in brown paint, but his traces remained. They still remain now, under the newly printed letters of SARAH BAARTMAN HALL. To call it a palimpsest is to too generous. It is more like a fowl’s scratch in the dirt, with new names chained to an old ghostly body, still, without ceremony. Her name too, was erected in secret, made to parade one Monday morning for anyone who wouldn’t care.

This art piece is based on these Histories That Matter. Saartjie’s bones were brought home from French and British and Dutch captivity in 2002. What mountains did her bones see? Look, at the famous Alps she was to tour, home. An ant crawled and lived once, in the mountains of a corona lockdown. Its moment is as important as others’. And somewhere in time, before and beyond the targeting of innocence, two boy ogres and a river bird were friends.”

Add this to Memory to Complete this Meeting Here