Sex With Demons is a project that combines performance, storytelling and music. The working title is taken from the belief that lucid dreaming can lead to a loss of control over one’s sexual encounters in the spiritual realm. Intrigued by the imaginative implications of this idea, and relating it to a certain kind of inherent human vulnerability and fear, the piece explores several notions concerning metaphysical boundaries and what there might be to gain or lose by crossing them.

Originally imagined as a live performance, the two artists have been experimenting with a form that encompasses and pushes against their respective disciplines. Lindiwe comes from theatre and performance art, while JoÃ£o is at home in the realms of sound art and music. Looking to strengthen their own practices by pushing outside of their usual boundaries, the piece is a reflection of different approaches and styles rubbing up against each other with as yet unknown results.Â

Using the minefield of religious and moral norms and taboos as a starting point, and exploring the fragility and vulnerability of bodies and minds attempting to unlearn these fictions, the duo attempts to narrate and embody the tenuous connections between bodies, between each other, with an audience, between human beings and the elusive Something Bigger.

Over the course of the past year – pre-Covid – the duo spent time on international artist residencies in France and Brazil experimenting with presentation formats and contexts. Having the chance to meet and discuss the project with artists of different disciplines has opened further possibilities, and the duo has begun to imagine the work as a video-based episodic audio-visual mixtape incorporating 360 degree footage, green-screen, and animation (2D and 3D). The work could be viewed with 3D viewer or on screen with click and drag navigation.

a process of trial and error, childhood memories, dreams about llamas, past failures, unconfirmed happenings, travels on the astral plane, improvised recording sessions in our lounge, and patchwork mysticism. 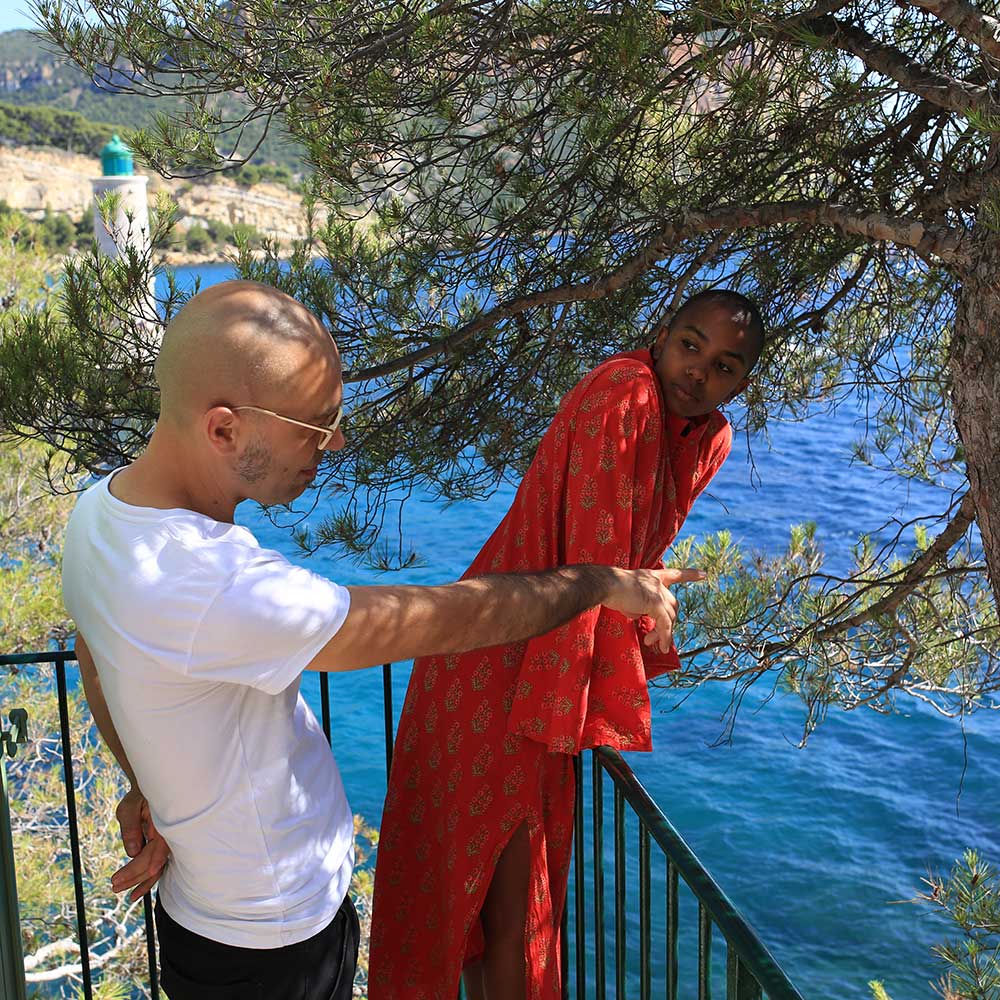 Lindiwe Matshikiza is a Johannesburg-based multidirectional artist with a background in theatre-making. She is co-founder and co-director of Mother Box: Organisation for Cooperation in the Arts, a non-profit, artist-led organisation studying self-determined artistic research and processes with the aim of articulating them in a language that embodies the processes themselves.

JoaÌƒo Renato Orecchia ZuÌnÌƒiga was born in Brooklyn, NY to a Peruvian mother and an Italian father. He grew up in the cityâ€™s mixed immigrant communities, in all their contradictory beauty, displacement and unsettledness. With a strong connection to an elusive somewhere-else, Orecchia had always been drawn towards unfamiliar territory.

While living in London in the 1990s, Orecchia picked up the guitar and later in Berlin in the early 2000s, played in dozens of bands and began composing for dance, theatre, film and solo releases throughout the Berlin underground. He began to experiment with electronics while continuing to explore the outer reaches of the sonic capabilities of the guitar.

In 2005, Orecchia relocated to Johannesburg. Plugging into the underground music and visual arts scenes, the city provided an endless source of inspiration and wonderful confusion. Orecchia has carved a space for himself that sits comfortably between these seemingly incongruous spaces, working with Afrorock group BLK JKS, Thandiswa Mazwai, classical and new music pianist Jill Richards and Lukas Ligeti to name a few, as well as world renowned visual artists such as William Kentridge and Kudzanai Chiurai.

Orecchia has become increasingly concerned with the nature of sound itself, how sound acts and how bodies are affected by the movement and vibration of sound. This is the starting point for most of Orecchiaâ€™s current musical output. He seeks to uncover the relationships between individual sounds in movement and observe their interaction. Drawing on processes in the vein of Lucier and Reich as well as the concrete of VarÃ©se and Schaeffer, Orecchia is interested in relinquishing total control in favour of surprise and discovery, allowing music to unfold through the tactile, physical engagement with a system set into motion by a process.

Orecchia participates in gallery and museum exhibitions with installation, video, drawing and printmaking. He has received a South African Film & Television Award for sound design and has published in the Leonardo Music Journal and the Oxford Handbook of Sound Studies.

Explore this site to find out about different kinds of projects in music, sound, visual arts and public performance or jump straight to see and listen to things on spotify or apple music or soundcloud or mixcloud or youtube or instagram.